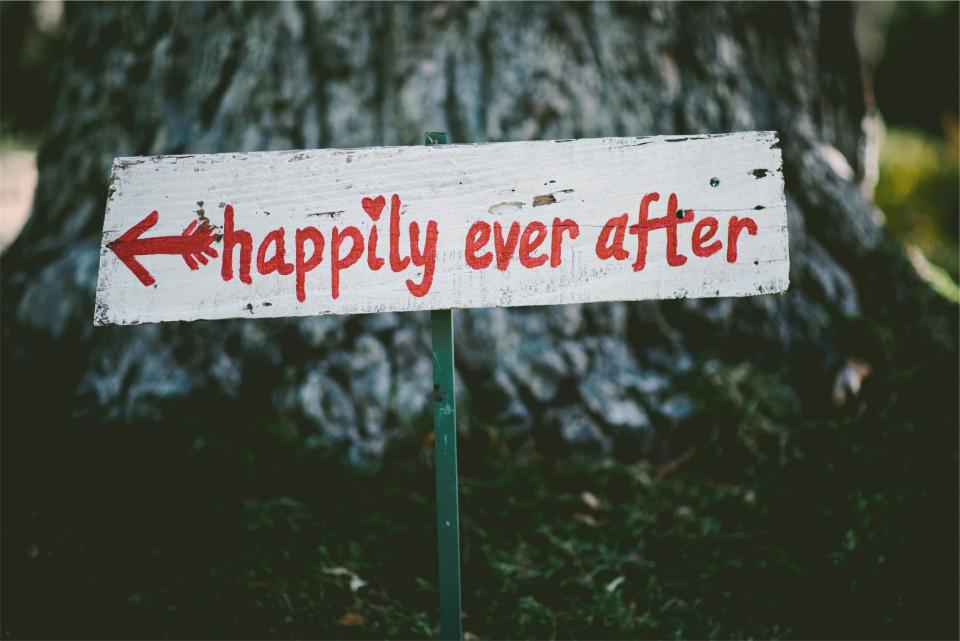 I am a love junkie, but not a love optimist.  I don’t believe in “the one” or “soulmates” or “happily ever after” anymore.

I used to fully buy into the myth that someone out there in the world would “complete” me.  I believed that as soon as I found this one person, all of my problems would go away, and I wouldn’t ever be sad or lonely again.  It sounds ridiculous when laid out bare on the page, but it’s what I thought.

During most of my 20’s, I longed to find love.  I was lonely, and wanted more than anything to find someone who understood me.  Many of my friends were in relationships, but I wasn’t jealous.  Instead, I was very critical of their relationships—the bickering, the compromises, and the occasional hurt feelings—surely that wasn’t what true love was supposed to look like!

In American culture, we are sold myths about perfection constantly.  The ideal of the perfect relationship is no exception—movies, songs, and novels all cash in on the myth of perfect love.  The danger is missing someone good and real while searching for perfection that doesn’t exist.

It took a lot of time, experience, and reflection before I realized that I was being hypocritical.  How could I expect someone to accept me, flaws and all, if I wasn’t willing to settle for anything less than perfection?  And aren’t we all flawed?  It wasn’t until I let go of my ideal of romantic perfection that I began to experience real love, with all its conflicts and complications.

Love, according to The Bachelorette

I started watching “The Bachelor” out of curiosity.  I was at a crossroads in my own romantic life, and I wanted to know more about why people chose to date one person over another.  Sure, the logic of turning to highly scripted “Reality TV” as a source of information is questionable at best, but I’d spent years reading highly polished articles about “finding love,” “keeping love,” and “the meaning of love.”  I wanted to delve down into the muck of real feelings and decisions, even if in a highly contrived setting.  “I’m just going to watch this season,” I told myself.  “Then, I’m never going to watch this show again!”

Fast forward several years, and I’m still hooked.  There’s something transfixing about the raw optimism people on the show express, hoping to find “The One” despite the odds.  Why am I telling you this?  Well, a conversation that took place on last week’s episode made me step back and think.  A suitor, one of eight men ostensibly trying to win the heart of the “bachelorette,” said:

“I came into this super skeptical…. [but after our date I realized] this is totally viable.  You and I are probably pretty different people, and I think I was struggling with that.”

The same suitor later expresses concern that people are always chasing the excitement of early love, a superficial passion that inevitably fades over time.  In response, the bachelorette launches into a monologue:

“Everyone always says that that passion goes away, but does it? Does it have to?  I understand that you get comfortable, but I also feel like no matter what, when you’re with the person that you’re supposed to be with, you’ll always look at them and you’ll always be [completely in love]….  I always joke that I’m looking for my unicorn…. but I think it does exist!”

But does it?  The bachelorett’s words are so close to my former beliefs that it was painful to watch her reject an honest and open (if flawed) man in favor of her unattainable ideal of love.  It’s easy to find people who will lie to tell you what you want to hear.  People who are honest about their imperfections are rare!

Love, according to Alain de Botton:

The Times recently ran a column by Alain de Botton titled “Why You Will Marry the Wrong Person.”  In the column, de Botton describes ways in which the idea of “romantic marriages” leads us to unrealistic expectations of the institution of marriage.

As the title suggests, he takes a very pessimistic approach to marriage:

“Marriage ends up as a hopeful, generous, infinitely kind gamble taken by two people who don’t know yet who they are or who the other might be, binding themselves to a future they cannot conceive of and have carefully avoided investigating.”

He takes on the fantasy of any individual, ourselves included, being perfect:

“We seem normal only to those who don’t know us very well…. One of the privileges of being on our own is therefore the sincere impression that we are really quite easy to live with.”

Finally, he suggests that it’s our expectations, not our partners, that we need to change in order to find satisfaction in marriage:

“We mustn’t abandon [our partner], only the founding Romantic idea upon which the Western understanding of marriage has been based the last 250 years: that a perfect being exists who can meet all our needs and satisfy our every yearning.

“We need to swap the Romantic view for a tragic (and at points comedic) awareness that every human will frustrate, anger, annoy, madden and disappoint us — and we will (without any malice) do the same to them. There can be no end to our sense of emptiness and incompleteness. But none of this is unusual or grounds for divorce. Choosing whom to commit ourselves to is merely a case of identifying which particular variety of suffering we would most like to sacrifice ourselves for.”

Dark, but not untrue.  When I started dating online, I quickly realized that I had a lot more fun if I set my expectations low.  I started looking forward to a night getting to know a new, interesting person, rather than interviewing for my future soulmate.  I met a lot of fun, interesting people who weren’t right for me before finding the man whose wonderful imperfections will frustrate, anger, annoy, madden and disappoint me for the rest of my life.

Love, According to Kurt Vonnegut:

I came across this quote a long time ago, and it stuck with me:

“What do men want? They want a lot of pals, and they wish people wouldn’t get so mad at them.

“Why are so many people getting divorced today? It’s because most of us don’t have extended families anymore. It used to be that when a man and a woman got married, the bride got a lot more people to talk to about everything. The groom got a lot more pals to tell dumb jokes to.”

“When a couple has an argument, they may think it’s about money or power or sex, or how to raise the kids, or whatever. What they’re really saying to each other, though, without realizing it, is this: ‘You are not enough people!’”

Oversimplified?  Sure.  But there’s certainly truth to it.  There are so many things I love to analyze and discuss that just don’t interest M.  Curtains, for example.  M will listen attentively as I go on and on about the advantages of prints vs. solids, the importance of matching the furniture, and the significance of curtain length… but at the end of the day, he just doesn’t care!  After I’ve talked for several minutes, I’ll ask his opinion about the curtains, and he won’t have one… and I’ll be disappointed.  As wonderful as he is, he’s just not the right person to talk to about home décor!  It’s not his fault; he’s just “not enough people!”

M and I are getting married in less than three months, and I am so excited to spend the rest of my life with him.  I may not be a love optimist, but I’m willing to take a leap of faith with M! 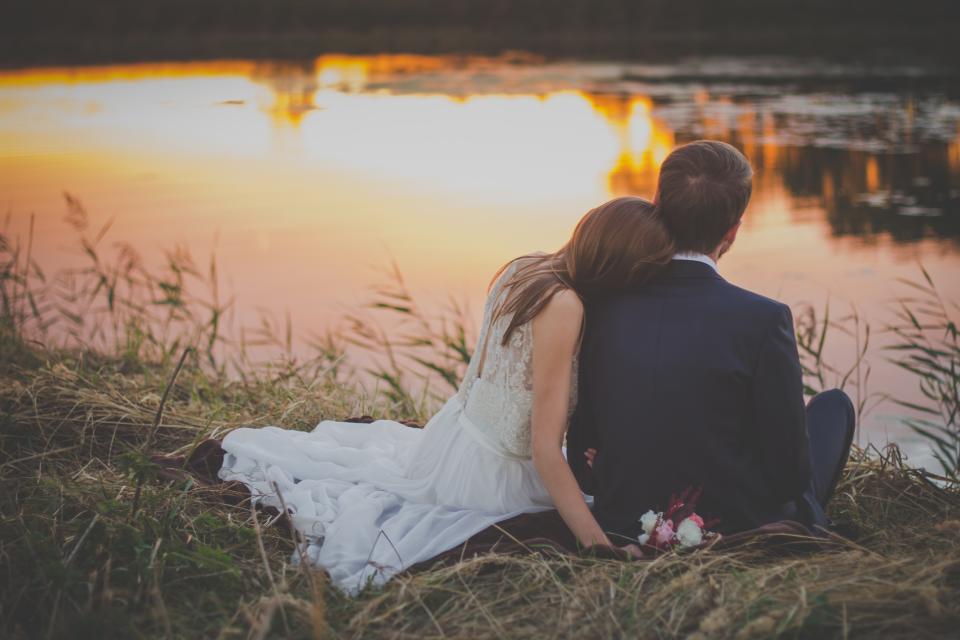 10 thoughts on “Love: Fact and Fiction”